* In case of any delay in receiving the OTP, you may verify it later. Please proceed without verification.

Ferozepur is a tehsil in the district of Firozpur of Punjab. It is also a sub division. The development as well as the administration of the city is looked after by the municipal council of Ferozepur. This civic agency handles all sectors of the economy. It is also assisted by PUDA or the Punjab Urban Development Authority that primarily takes care of urban planning and development of the city. 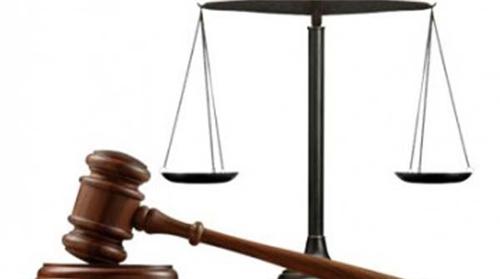 As the Commissioner is responsible for maintaining peace and order in the entire Ferozepur Division, he can call on the District Magistrate and the Police Superintendent on circumstances of severe crimes and disorders. In such situations, he often seeks reports from the police department like Monthly Crime Reports, Roznamchas(daily reports) and the Annual Police Reports. However, the police department maintains law and order in the city. It functions under the supervision of the SP or the Superintendent of Police and the DSP or the Deputy Superintendent of Police. The traffic control wing of police department plays a vital role in handling chaos on the roads and streets of Ferozepur.

The responsibility for governing, developing and managing the city on the whole lies on the FMC or the Ferozepur Municipal Council. This local civic body is headed by Ashwani Grover who is the president of the council. In order to facilitate better civic administration, the body is further segmented into municipal wards. These wards or committees look into the development of different sectors like sewage, infrastructure and overall health and education in the region.

The SDM or the Sub Divisional Magistrate is regarded as the head of the Ferozepur subdivision. There are separate departments for revenue. In order to manage the revenue properly, there is a Tehsildar and Naib- Tehsildar. Besides, there are Kanungo and patwaris too. The office of the SDM is located near Officer Colony in Ferozepur city.

Like any other city or town, there are different kinds of judicial courts like the session court and the high court where various cases both civil and criminal are sorted out. Family disputes are settled in the family court while consumer complaints are looked into in the consumer court. There is a separate Labour-cum-Industrial Tribunal Court to settle company disputes.

Urban Planning and Development in Ferozepur

PUDA or the Punjab Urban Development Authority has implemented several projects regarding planning and urbanization of Ferozepur. Various residential sectors are being developed in the city. Ferozepur is administered in a planned way. Today, it is regarded as an efficient administration and trade center.

The Ferozepur Cantonment is located about 2 miles south of the Ferozepur city.  It was established in 1839 and is regarded as one of the old cantonments of India. As it is on the Indo-Pak Border, there is less industrial and commercial development in the region. It is administered by the Defence Estates Organisation. The Chief Executive Officer of the cantonment is an officer of the Indian Defence Estates Service(IDES).

Ferozepur has a Public Works Department or PWD that looks after the maintenance and repair work of government buildings, roads, bridges and construction of pulias etc. There are several engineers headed by an engineer-in-chief who is the head of the department.
Overall, Ferozepur is a very well maintained and administered city and the government is making constant efforts to improve the city on all counts.

Comments / Discussion Board - Administration in Ferozepur