Just as in all other places in India, people of Ferozepur love food. Their cuisine comprises a huge variety of both non vegetarian and vegetarian dishes. The people enjoy spicy and rich food and consume ample dairy products too. Plenty of different spices are used in cooking. Ghee and butter are used liberally in most of the preparations. 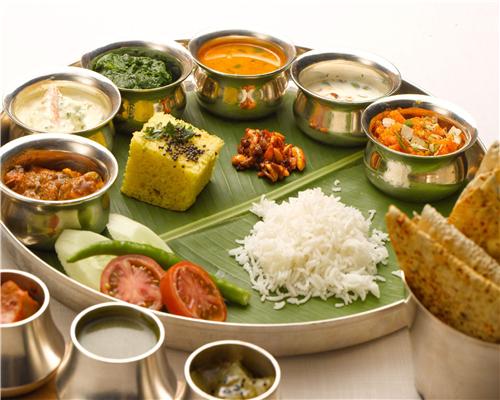 An average daily meal is simple but delicious. As wheat is the staple food, people generally have rotis in their meals. Some of the various types of rotis are tandoori roti, naan, lachha paratha, kulcha, rumali roti and jowar ki roti. Rice is cooked either on weekends or on occasions. It is generally served with Rajma (kidney beans) or Kadhi. Gur rice is served in winter. Matarwale Chawal is another special type of rice cooked with peas. Breakfast generally comprises stuffed parathas and lassi or buttermilk. People prefer Makki ki Roti and Sarson ka Saag for lunch. Dinner consists of Mah ki Dal, Tandoori Roti, Bhunna Gosht and Raita.

Desserts and Sweets in Ferozepur

The people of Ferozepur are very fond of desserts. Some of the simple delicacies like Gajar-ka-Halwa and Sooji ka Halwa are easy to make at home. This Carrot Halwa is a common dessert prepared with dry fruits and grated carrots that are simmered in sweet thick milk. Kheer is a common recipe that is prepared with raisins, rice and thick milk. Other than desserts, some popular sweets of Ferozepur are Kaju Barfi, Kalakand, Gulab Jamun, Jalebis, Imarti and Motichoor Ladoo.

Restaurants and Hotels in Ferozepur

All kinds of restaurants are available in Ferozepur. Most of them offer multi cuisine food such as continental, Chinese, Punjabi food and south Indian food. Both vegetarian and non vegetarian dishes are served to customers. However, some restaurants are known for their special cuisine like dosas.

Fast Food in Ferozepur
Most of the restaurants like Big B Restaurant and Bhasin Restaurant offer Chinese food. The most common Chinese dishes are noodles. Apart from hotels and restaurants, many fast food corners are seen along the streets of Ferozepur. Various kinds of fast food like chops, rolls, noodles are offered to passersby. All these dishes are prepared in both vegetarian and non vegetarian methods. Thai dishes like momos are also served here. US Pizza is well known for pizza, pasta and other Italian dishes. There are many dhabas in Ferozepur. Some of the prominent dhabas in the region are Madan Dhaba and Rajput Dhaba.

Coffee Shops in Ferozepur
The city has several coffee shops where the youth love to hang out with their friends. These outlets offer various types of both hot and cold coffee along with light snacks.

With so many food options, the place is a delight for every food lover in the city.