Ferozepur also known as the Land of Martyrs is located on the banks of the river Sutlej in the Ferozepur district of Punjab. The city has an ancient history that dates back to centuries during the Afghan era in India. It was during the reign of the Tughluq dynasty in the 14th century that the historic city was established.

According to historians, this ancient city that lies near the Indo-Pakistan border was founded by Sultan Ferozeshah Tughluq. He was a Muslim ruler of the Tughluq dynasty who had a passion for constructing monuments, mosques and monasteries. Sultan Ferozeshah was popular for establishing new cities and renaming the old ones after his own name. During his rule, the city of Ferozepur was founded and named after him in the 14th century. However, there are a few historians who claim that the city was founded by a famous Bhatti chief called Feroze Khan.

The soil of Ferozepur has witnessed many wars and battles. Owing to its strategic position, the region has been a part of many military expeditions during the British rule. The city was a famous military centre for the British army. During the Anglo-Afghan war in 1838, the British troops headed for Kabul from the Ferozepur centre. In 1845, the first Anglo-Sikh battle was fought between the Sikhs and the British at Mudki, a place that lies just 20 miles far from Ferozepore. It is believed that the Khalsa troops had successfully crossed the river Sutlej without being opposed by the British troops. Lord Hardinge was then the commander of the British Army. Moreover, it was in this region that the British established its supremacy over a major portion of North-West India through the Anglo-Sikh wars.

Struggle for Freedom in Ferozepur 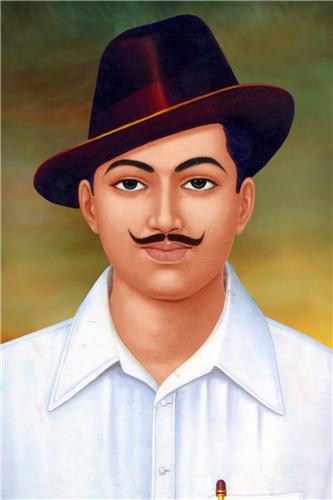 Other than these events, the city of Ferozepur has witnessed the rise of struggle for freedom. Great freedom fighters namely Bhagat Singh, Rajguru and Sukhdev Singh had raised the flag of revolutionary terrorism against the British rule in this place. In order to protest against the British, S.Bhagat Singh along with Sh.B.K.Dutt had thrown a bomb in the Central Assembly hall on April, 8, 1929. Owing to this, he was tried along with Rajguru and Sukhdev Singh for shooting a British officer by the name of Saundras. On 17th December 1928, they were given a death sentence.

These revolutionaries were executed in the Central Jail in Lahore on 23rd March 1931. However, the dead bodies of S. Bhagat Singh and his comrades were cremated on the banks of the river Sutlej. This area was with Pakistan till 1962. India got this martyr's land from Pakistan in exchange for 12 villages located near Fazilka. The Shaheed Bhagat Singh Memorial in Ferozepur marks the great martyrdom of the noble freedom fighters.

Before the Partition of India, the major population of Ferozpur consisted of Muslims. The Partition Plan made by Sir Radcliffe demanded that all Muslim majority regions to be annexed to Pakistan while all Sikh and Hindu majority regions to remain in India. Lord Mountbatten changed the original partition map and handed over Ferozpur, Gurdaspur, Mansa and Ambala district to India. Massive violence was seen in Ferozepur after partition. Thousands of Muslims were killed by Sikhs and Hindus. Today, the city has a majority of Hindus and is a peaceful city of India.