Ferozepur is close to some of the best known tourist attractions. These places make for fantastic Weekend Getaways. Most locals as well as visitors do not miss any opportunity to visit the nearby places when they are in the city. The cities of Jalandhar, Amritsar, Patiala, Pathankot and Ludhiana are full of some of the best known attractions in the world and are a must-visit.

Some of the popular Weekend Getaways from Ferozepur

Jalandhar is an ancient city that boasts of a rich history. Situated between two rivers - Sutlej and Beas, it served as the capital of Punjab until the year 1953, after which Chandigarh became the capital of the state. The rich tradition and culture of the city along with several tourist attractions make it a top tourist spot. The city is home to some of the most famous temples, museums and forts. Few of the major attractions in the city include Tulsi Mandir, Shiv Mandir, St. Mary’s Cathedral, Devi Talab Mandir, Bhagat Singh Museum, Pushpa Gujral Science City, and Wonderland Theme Park. Several gurudwaras also dot the region. Apart from sightseeing, visitors can also indulge in shopping and fine dining while in this place.

One of the biggest cities in Northwest India, Amritsar is the cultural and spiritual center of the Sikh community. The city is home to many historical gurudwaras, the most popular being the Golden Temple. There are several other shrines too that are located in the area such as Ramsar Sahib, Baba Atal Sahib, Bibeksar Sahib, and Santokhsar Sahib. There are many other heritage sites too here that highlight the bravery of the Sikhs who fought against the British rule - Khair-ud-Din Masjid, Maharaja Ranjit Singh Museum, Saragarhi Memorial, Bathinda Fort, and Gobindgarh Fort are some of the popular names.

Positioned on the banks of the river Sutlej, Ludhiana is one of the largest cities in the state of Punjab. The place is home to some of the best attractions in Punjab including Guru Nanak Stadium, Guru Nanak Bhawan, Gurudwara Manji Sahib, Maharaja Ranjit Singh War Museum, Phillaur Fort, and Rakh Bagh Park among others. Apart from these, there are several beautiful parks and gardens in this place to delight the visitors. There is also a zoo and an amusement park that tourists love to visit.

Patiala is another big city in Punjab. The last few years have witnessed a boom in the tourism in this region with the city offering some of the best tourist sites such as Sheesh Mahal, Mall Road, Qila Mubarak Complex, Qila Androon, Bardari Gardens, Maiji Di Sarai, Rang Mahal and Darbar Hall. Several gardens and forts dot the region. Apart from sightseeing, visitors can also enjoy shopping while they are here. 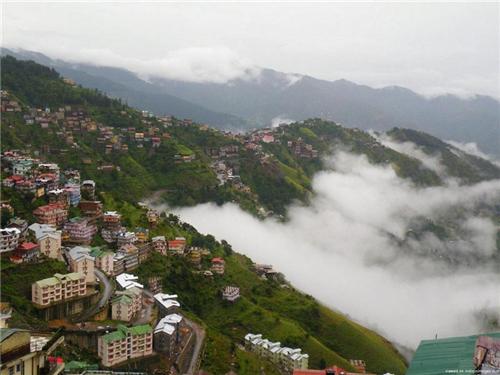 Situated on the foothills of Dalhousie and Kangra, Pathankot is another famous city in Punjab. There are several tourist sites in and around the city that draw several thousands of tourists to the city every year. Some of the well-known tourist attractions in the city include Nurpur Fort, Shiva Temple Kathgarh, Shahpurkandi Fort, Chintpurni, Jwalaji and Jugial township among several others. Besides visiting these places, visitors can also indulge in shopping at Sujanpur Market, Mission road and Ghandi Chowk where they can buy various local crafts and the famous Pashmina shawl.

With so many options to visit, the residents of Ferozepur are spoilt for choice when searching for weekend getaways for a quick vacation.

Explore more about Tourism in Ferozepur